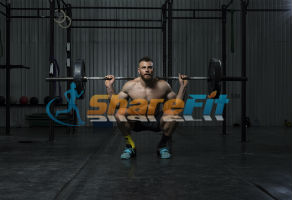 Headed to happy hour after a hard workout? Meeting some buddies for a beer to watch the game? Or maybe you’re just headed home for a glass of wine after spin class. Either way, you might want to rethink imbibing after perspiring.

And to be clear, we’re not talking binge drinking here, folks (which, naturally is a detriment all its own)- we’re talking alcohol consumption within the normal, healthy, and accepted limits. Which, for the record, is one drink per day for women and two for men, according the the National Institutes of Health.

So what, exactly, does the research say?

While we’re not going to bore you with a comprehensive literature review, here are a few studies that may pique your interest.

A study published in the Journal of Strength and Conditioning Research found that men who drank after lifting weights experienced less muscle repair (and subsequently, less muscle growth), thanks to reductions in anabolic signaling. In the study, well-trained, fit participants were subjected to the same bout of strength training exercise. The group was then divided in half, with the experimental group being given both water and vodka after the workout while the control group was given only water. The experimental group (those drinking both water and vodka) showed reductions in the activation of the mTORC1 signaling pathway, a pathway responsible for stimulating muscle growth and recovery.

A study published in the Journal of Clinical Investigation found that protein synthesis was decreased in subjects after the consumption of 71 g of alcohol (approximately five drinks) but was not diminished to so heightened a degree when subjects consumed 28 g alcohol, suggesting a potential dose-dependent effect.

In a study published in the journal PLOS One, men were subjected to a bout of resistance exercise and high-intensity cycling. The men were then given a mixed carbohydrate meal and either a whey beverage or a beverage containing alcohol. Men in the study who consumed alcohol (rather than whey) experienced a reduced rate of myofibrillar protein synthesis when compared to the men who consumed whey.

FAQ: Do I Really Need to Exercise to Be Healthy?

SHAREFIT Guide to a Healthier You in the New Year: Ways to Move More

SHAREFIT Guide to a Healthier You in the New Year: Ditching Bad Habits

The Dehydration Signs and Symptoms You Should Know as Summer Begins
June 2, 2020

What Are Red Light, Green Light Foods for Kids?
June 1, 2020
On the Forums