Carcinogens in Foods: Which Foods Are of True Danger?
Health Nutrition What's inside?
Morgan Medeiros MSc
1 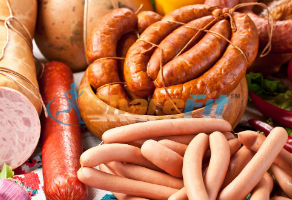 Each day, social media feeds are filled with clickbait articles reporting that a common food or additive is capable of causing cancer. And while certain foods have been shown to directly increase risk for certain types of cancer, the degree of concern over certain foods is drastically overblown as per current research.

At the same time, certain foods that have been shown to be inherently carcinogenic are not commonly recognized by the average consumer. Carcinogens in foods should be avoided completely to help prevent cancer.

If you’re concerned about carcinogens in foods, there are a few crucial things to know:

1) Foods are evaluated for carcinogenicity based on research reviews and laboratory study. The system of classification is overseen by the INternational Agency for Research on Cancer (IARC), a branch of the World Health Organization (WHO). The IARC makes its findings readily available to the public, with carcinogens and potential carcinogens organized into 1 of 4 groups:

2) Given the difficulty of studying and classifying cancer risk, very few substances are classified as Group 1 Carcinogens. At present time, about 100, few of which are food.

Alcohol and cured and processed meats (including sausage, bacon, jerky, and smoked meats, amongst others) are the two most commonly consumed food items belonging in Group 1.

3) Making matters even more complex, most carcinogens in foods have a dose-dependent effect.

For example, for each 50g of cured or processed meat consumed (less than 2 oz) per day, risk for colon cancer increases by 18%.

For each 10g of alcohol consumed per day, risk of breast cancer increase by 7%. Additionally, certain individuals (such as those with a family history of cancer) are impacted to a higher degree than others.

So what should you do when it comes to Group 1 Food products, or any food product found in Groups 2A or 2B?

In general, it’s always best to avoid any product shown to be carcinogenic. However, for most consumers, even the threat of cancer will not deter a consumptive behavior.

Especially for those with a family history, reducing intake of alcohol and processed meats is key.

For others, even a moderate reduction in consumption can reduce risk for various cancers, including most prominently those of the breast, esophagus, colon, mouth, throat, liver, and stomach.

Lunchbox Nutrition: Making the Healthy Choices Your Kids Will Eat

Use These Fall Dessert Hacks for Sweet Treats at Half the Calories
September 27, 2021

Is Tuna Healthy? Here’s What the Experts Say
September 11, 2021
On the Forums