What Are the Early Signs of Type 2 Diabetes?
Health
admin
0 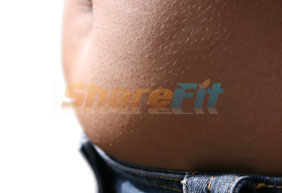 Millions of Americans have diabetes. According to the American Diabetes Association, 10.5% of the population had this condition in 2018. For this reason, knowing the early signs of type 2 diabetes is important, especially since it might be a little difficult to recognize the symptoms.

First off, it’s best to talk to your doctor to determine your risk of becoming pre-diabetic or diabetic. You can also take the free and fast online test known as the Type 2 Diabetes Risk Test, which you can find on the American Diabetes Association website.

In the meantime, you can read more about diabetes, and its early signs, below.

Diabetes develops when the body can’t use insulin properly. If the level of insulin is inadequate, or insulin doesn’t work like it should, the sugar in the blood won’t be used by cells, and it will end up building up.

Sometimes, you will recognize early signs. Other times, there might not be any symptoms, or they might be really mild, making them easy to miss.

What Are Early Signs of Type 2 Diabetes?

Early signs of type 2 diabetes include:

And, it doesn’t stop there either, as other early symptoms of diabetes include:

Talk to Your Doctor!

When it comes to diabetes, you don’t want to hesitate to receive the treatment you need to get it under control. If you think you might have this condition, talk to your doctor so you can learn how to manage it effectively.

To learn more about the early signs of Type 2 Diabetes and if you are at higher risk, go to http://www.diabetes.org/are-you-at-risk/diabetes-risk-test

Reversing Diabetes: What to do After Prevention Fails

FAQ: Can You Be Overweight and Healthy, or Is That Impossible?

Are You at Risk of Prediabetes?

Top Fresh Herbs to Spice Up Your Summer Cocktails
August 4, 2020
On the Forums