How Often Do You Eat Too Much at Mealtime?
Nutrition What's inside?
admin
0 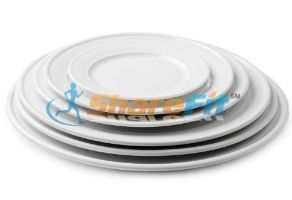 The time has come again to tackle the portion distortion and ask yourself if you eat too much and if you’re doing it too often.  If you feel you’re eating super healthy foods but just aren’t losing any weight, it could be that you’re not necessarily eating the wrong foods, you’re just consuming the wrong portion sizes.

Don’t Be a Victim of the Portion Distortion!

If you think you eat too much and you’re doing it too often, one of the best ways to beat the portion distortion is to have a look at your plate size.  Plates, just like our portions, have been steadily climbing in size over the years.

If you look at your grandmother’s or great grandmother’s china, the odds are that the dinner plate wouldn’t hold nearly as much food as your current everyday set. This is especially true because plates with an outer pattern usually had food served closer to their centers, they weren’t filled to their maximum capacity.  So even if you’re not someone who heads to restaurants on a regular basis, you may eat too much just because of your plate size.

By choosing smaller plates, you can help to trick your mind into thinking you’ve filled up your dish and therefore have lots of food.  This visual trick can be more powerful than you think.  If you want to take it a step further, choose red plates and eat with full-sized dining utensils.  Research shows that this is a winning combination for fooling your belly into thinking you’re eating more than you are.

Remember that even a small change can make a big difference to your calorie content.  Three or four decades ago, hamburgers served in fast food restaurants were about one third the size currently served.  As a result, the portion distortion has caused us to think that’s how much we should be consuming, that this is an average size for a burger.  Unfortunately, all it’s doing is causing us to eat too much.

Does this mean you should stop eating burgers? Of course not!  That said, if you make them yourself, start making them smaller.  Choose burger buns that are smaller, too, so you won’t feel as though you’re barely eating any meat.  When they’re both properly proportioned, you’ll have the feeling of eating a full burger that will be much more satisfying.

Do You Eat Too Much of the Wrong Foods?

Have a look at the ratio of foods on your plate.  If you think you eat too much food, it might just be that you’re not creating the right balance for yourself.  There’s no need to go hungry. That’s not the type of healthy diet you’ll be able to keep up over the longer term.  Instead, try to fill half your plate with non-starchy veggies.  The other half can be divided between whole grains and lean proteins.  This balance is what is recommended by the USDA’s My Plate and is a good rule of thumb to keep your portions closer to where they should be.