Grilled Meats and Cancer Risk: What You Should Know
Health Nutrition What's inside?
admin
1 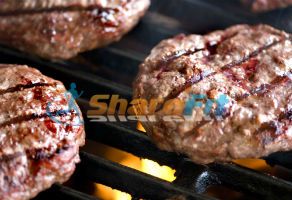 By now, you have probably heard about the link between grilled meats and cancer risk. What should know about this link, and are there any ways to reduce the risk? We’ve got you covered with some helpful information below.

Although grilling has been used for a very long time to cook meat, and it is also used by cultures around the world, researchers have found that it does come with some risk. Basically, there are compounds in meats that are grilled, and those compounds might end up increasing your risk of developing cancer.

Grilled Meats and Cancer Risk: The Dangerous Compounds to Be Aware of

There are two chemical compounds, known as HCAs and PAHs, that you should know about when it comes to the link between grilled meats and cancer risk. These are both related to mutations and changes in DNA that might then lead to cancer. Yikes!

It’s important to realize that these chemicals are formed when you expose meat to high temperatures to cook it. This includes any animal protein, so it’s everything from beef and pork to poultry and fish.

In animal experiments, researchers have found that being exposed to PAHs and HCAs may lead to various types of cancer, such as cancer of the colon, breast, skin, liver, prostate, and lung.

Also, studies that used dietary questionnaires regarding the consumption of meat and the cooking methods used have been able to estimate how much exposure humans have to these dangerous compounds. What have the studies determined? Well, they’ve consistently found that regularly consuming meat that has been barbecued, fried, or prepared to well-done may increase the risk of prostate, colorectal, and pancreatic cancer.

Bottom line: grilled meats and cancer risk is definitely something that you need to consider when preparing meals for yourself and your loved ones!

How to Reduce Your Exposure to Dangerous Compounds

Now that you know about the link between grilled meats and cancer risk, you might be wondering about the steps that you can take to reduce your risk. Well, the good news is that there are some ways that you can reduce the formation of HCAs and PAHs.

Now that you know how to avoid the grilled meats and cancer risk, you can make smarter and healthier choices when meal planning, and when selecting cooking methods!

What Does Low Good Cholesterol Mean to Your Health?