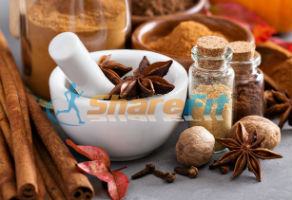 Whether it’s a crystallized snickerdoodle or a sticky cinnamon bun, it’s likely you’ve got a personal affinity for a sweet cinnamon treat or two.

While the healthfulness of sweet treats is of course sparse, cinnamon itself is an extraordinarily healthy spice, with antioxidant properties that can help reduce inflammation and prevent disease. Inflammation plays a role in a multitude of diseases, including but not limited to cancer, diabetes, and heart disease.

Although consuming cinnamon alone is not enough to prevent any of these conditions, eating a balanced, healthy diet that includes cinnamon may help provide additional protection.

Of course, that brings us back to the super-sweet, sinful dishes cinnamon is most commonly associated with. However, while cinnamon is indeed associated with desserts and other high-sugar, high-Calorie fare, cinnamon is traditionally used in both sweet and savory cooking applications throughout the world.

Not sure where to get started? We’ve got three easy, healthy recipes to get you off on the right foot (if you’re wondering, that’d be the opposite direction of the cinnamon roll stand at the mall).

Mix together all ingredients to serve.

Spray nonstick pan with PAM and heat over medium-high. Add onion and butternut squash to pan, cooking until crisp-tender. Add small amounts of water, 1-2 tbsp at a time to prevent sticking if necessary. When onion and squash reach crisp-tender, add zucchini, chicken, and spices, and cook until veggies are complete and chicken is opaque. Add tomato paste + 2 tbsp water to pan and stir until mixture is incorporated.

Problem Ingredients to Look for On Food Labels

How to Keep Cortisol Levels Low Through Diet and Healthy Habits

Was Last Year’s Resolution A Flop? 4 New Year’s Nutrition Resolutions To Make In 2019