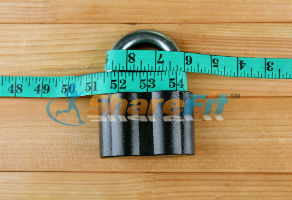 Imagine your ideal diet. We’d bet it doesn’t involve going nearly without food two days a week. And yet, that’s just what one of the most popular dieting trends- Intermittent Fasting- suggests to its legions of followers.

So what is intermittent fasting, and why has it become so popular?

What is intermittent fasting?

Intermittent fasting is a dietary method used for weight loss, wherein you fast for a period of time theoretically reducing Caloric intake, which in turn leads to weight loss.

Methods vary, but the 5/2 split is very popular. Using this method, you eat normally 5 days a week, and then consume only 500 Calories the other two days.

While intermittent fasting could work in theory, and does for certain people, it’s major pitfall is the ability to stick to it long term.

For many people even two days without food becomes pretty unbearable.

Consider that 500 Calories each day amounts to 1 banana, 2 tablespoons of peanut butter, and a cup of coffee with 2 tbsp of half and half, and you might see the issue. Intermittent fasting may as well be rebranded as the “Hangry Diet”, because that’s the most likely outcome for fasting days.

Moreover, many people who try intermittent fasting don’t just end up falling off the wagon and regaining the weight. Many people actually over consume after a period of fasting, gaining weight in the attempt to lose it. When you’ve gone without food for hours, it’s easy to overcompensate after: all logic goes out the window, and you begin to succumb to cravings that you might not have had if you’d been able to employ a smaller degree of Caloric modulation each day of the week.

So why is intermittent fasting so popular?

Second, many proponents of intermittent fasting claim that there are serious metabolic advantages to fasting that increase fat burning and optimize weight loss.

While it’s true that your body burns through more fat in long stretches without food, total Caloric intake over a long period of time will still reign supreme in fat and weight loss outcomes.

A large, yearlong study published in the Journal of the American Medical Association divided a field of research participants between two groups- an intermittent fasting group, and a group who used daily Caloric reduction.

After a year, researchers found that intermittent fasting was no more effective than daily Caloric moderation in weight loss outcomes. Additionally, no metabolic or cardiometabolic advantages were found in the fasting group- improvements were seen in both groups regardless of dietary structure.

Is Coconut Oil Healthy, or Should You Avoid It?

What Does Organic Really Mean, and Is Organic Better for You?

Are Spicy Foods Good for You?

Is Maple Syrup, Honey, Agave, or Coconut Sugar Better for You Than Regular Sugar?
July 4, 2020
On the Forums