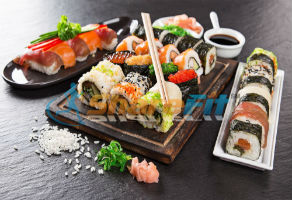 Once a rarity, Japanese cuisine has exploded in popularity in recent years, with everything from traditional sushi to fusion cuisine and ramen taking over the dining scene.

If you’re hoping to eat a little healthier at your next venture out, we’ve ranked some popular dishes for calorie content, plus offered some healthier options below! This way, you’ll know which dishes to choose and which Japanese dishes to avoid.
…………………………….

Is Binge Eating a Disorder?

How Many Calories Do I Need?

Why Are You Eating Healthy but Can’t Lose Weight?

It’s Not a Race Part 1: Staying Patient During Weight Loss

What You Should Know About Fatal Eating Disorders
February 19, 2020

Tips for Losing Weight with Your Significant Other
February 18, 2020

The Ketogenic Diet: What Is It, and Is It a Good Idea for Weight Loss?
February 17, 2020
On the Forums