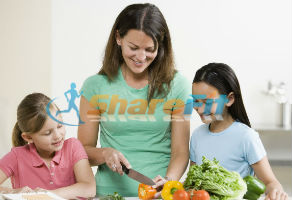 Lunchbox nutrition is a tricky balance that every parent must face when their kids eat a meal at school instead of coming home at lunchtime.  It’s important to remember that the meal in the middle of the day is just as important as the rest. The choices made for lunchtime have as much of an influence on healthy eating and weight control as breakfast and dinner.

The Challenges with Lunchbox Nutrition

While lunchbox nutrition is as important as breakfast and dinner, it does come with obstacles that aren’t faced during those two other meals.  For one thing, the meal has to travel safely.  It needs to be something that can be kept at the right temperature for both safety and enjoyment, and it must be something the child will actually eat.  After all, it’s one thing to put something in a kiddo’s bag, but whether it will be consumed is something else altogether.

The goal, at its most basic level, is to pack lunchbox nutrition in a way that will be appealing to the kid – so that the food won’t be thrown away, traded away, or brought back home again – that will be satisfying, and that will suit the nutritional needs for the afternoon.

Creating Healthy Habits for a Lifetime

Another important point to be included in lunchbox nutrition is that it is a demonstration of the type of foods that are considered to be grown-up approved.  This will create the “normal” for lunchtime meals.  If it regularly contains candy, snack cakes, and fast food or junk food, then this will become the standard in the mind of the child.

It’s not that these foods can never be included. We all love something different, and a treat on occasion can be fun. That said, the habits made during childhood, and the relationship built with food at that time will help to dictate the decisions the kid makes when they get older and start to make their own food choices.

It’s easy for parents to sink into an effort of dietary absolutism in the effort to keep lunchbox nutrition high. Saying that you’ll never pack any added sugar, salt, fat, or that you will only include whole foods, and so on, is difficult to uphold and often unrealistic. After all, your child isn’t an island.  They grow up in a world, where they will be exposed to those other foods.

Instead, of saying “no” to them altogether, many parents find that a more practical choice is to say “yes” but within reason.

In this way, a good quality cookie, for example, can still be included in the meal without sacrificing lunchbox nutrition.  Because the rest of the meal is still based on lean protein, whole grains, fruits and veggies.  The treat, surprise or dessert should not, however, make up an entire portion of the meal. It’s a taste and experience, not the food chosen to fill the child’s stomach.

As long as you are packing the lunch from foods you’ve prepared and with fruits and veggies (what’s easier to pack than an apple?), studies show that lunchbox nutrition is nearly always healthier than cafeteria foods. That said, overall, parents aren’t living up to that challenge. Instead, research shows that the typical home-brought meal is higher in calories, sugar, salt and fat than meals prepared in the cafeteria.

The reason is that parents are busy and don’t feel they have time to create five lunches per week using whole foods. Therefore, they rely on packaged, processed meals and dishes that may have healthy-sounding advertising on their labels, but that aren’t even up to the standards of the pizza or fries served in the cafeteria.