Top 5 Worst Kids’ Foods for Your Kiddo (or Yourself!)
Nutrition
admin
0 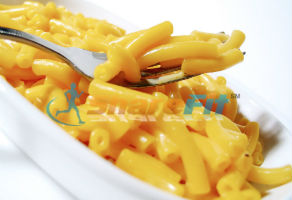 Our list of the top 5 worst kids’ foods may come as a surprise to you.  Many parents serve these dishes on a regular basis because they’re fun, kiddos like them, and because there may be some nostalgia there from their own childhoods.  True, it may be obvious that the dish isn’t exactly a spinach salad, but they don’t seem too bad on the whole.  Before making that decision, it’s time to take a closer look.

You Don’t Have to Ban the Worst Kids’ Foods

The worst kids’ foods may do more harm than good in terms of nutrition, but this isn’t a declaration for an outright ban.  These foods are still fun and tasty.  They’re treats.  That’s the important thing to remember.  As long as they’re not a part of the regular mealtime circulation, there’s absolutely nothing wrong with enjoying them on a rare occasion.  Just as you don’t mind having a deep-fried chocolate bar once or twice a year when you visit local fairs or festivals, your kids can have special treats, too!

How to Identify the Worst Kids’ Foods

Of course, before you start rewriting the family meal plan menu, it’s a good idea to know how to identify the worst kids’ foods.  That way, you can choose to shuffle them out of the weekly cycle and perhaps make them a monthly treat instead.  Remember, there’s nothing wrong with having them once in a while.  This isn’t a matter of bans or guilt. The purpose of this information is to help you to gain an understanding of what is inside the meals you’re serving so you can make informed choices.

The worst kids’ foods all have certain factors in common.

Whether the package says it’s “organic” or not, the other factors keep it in that treat category.

Developing a Palate for Nutritious Foods

The earlier kids start to experience nutritious foods with a range of colors, flavors and textures, the better they can develop a palate for foods that will nourish their physical and mental health. It can also help to prevent oral aversions and develop oral musculature.  Sooner is better, but it’s never too late to get started.  That said, starting later on in childhood, adolescence or even adulthood will mean that the process is a slower one.

What Are the 5 Worst Kids’ Foods?

This list of the 5 worst kids’ foods can help you to choose the meals you’ll serve a bit less often, in favor of something that provides a better experience for a developing palate.

From a box or homemade, white pasta in a creamy cheese sauce is tasty, but high in fat, high in calories, high in salt, but low in fiber, nutrients, and texture. One cup – just one cup – of Classic Kraft Macaroni and Cheese contains 25% of an adult’s recommended daily saturated fat maximum, 30 percent of the maximum sodium recommendation for the day, and 350 calories. The most popular homemade version of macaroni and cheese on allrecipes.com contains almost 3 days’ worth of saturated fat, 56 percent of the maximum daily sodium and 465 calories, still in just one cup.

Breaded chicken may not seem too bad, particularly if it’s baked instead of being fried, but the bland flavor promotes a lack of acceptance of new tastes and textures. They are surprisingly high in sodium and calories without providing much more than basic protein in terms of nutritional benefit.

You had to know these guys would get on this list.  After all, they’re classified as Group 1 Carcinogens by the World Health Organization.  Tuck them into a white bread bun, and you’ve added next to no nutritional benefit while you pack on the calories.  The condiments mainly add sugars, until you get into fried onions, at which point fats are added again.

Containing next to no nutritional value at all, these may as well be salty cardboard vehicles for fatty, sugary and/or salty dips.  From a nutrition standpoint, it’s far better to use fruit, hardboiled eggs, veggie sticks, string cheese or yogurt as a snack for kids. They’re just as portable but way better for the kiddos.

Regular milk provides kids with lots of nutrients. Flavored milk like chocolate milk or strawberry milk quickly makes the worst kids’ foods list because of the ton of sugar it adds, not to mention the calories.  It contains more than a day’s worth of sugar, all in one 8-ounce glass of chocolate milk.

How to Make Weight Loss Mindfulness Work for You

What Are Your Healthiest Choices at Mexican Restaurants?

5 Minute Breakfast Recipes You’ll Use Every Week
May 29, 2021
On the Forums