Fruit Juice Calories and Sugar Mean it is Not a Healthy Drink
FAQs - Did You Know?
admin
1 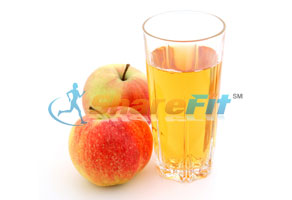 There’s no mystery that fruit juice calories are primarily from the sugar that it contains. That said, what often causes confusion is that many people think of this beverage as containing naturally occurring sugars, which are supposed to be better than added sugars such as those found in pop or energy drinks.  Are they really an unhealthy choice?

Fruit Juice Calories Are Only the Beginning

The fruit juice calories are just the start of why this isn’t the best option to serve to yourself or to your kids, except on a rare occasion.  Just as it is unlikely that you would put a glass of pop in front of your kids at the breakfast table, the same should be said about juices, too.  They may be marketed as heathy or even as containing nutrients – vitamin C, commonly among them – but when consumed as a part of a part of a typical American diet, it will only do more harm than good.

Starting with the fruit juice calories, these are problematic not only because of the nutrition contained – or lacking – in the beverage, but also because the drink doesn’t fill you up.  This means that even though you’re consuming as many calories as you’d have in a decent-sized snack, you’re not arriving at that feeling of satiation that a solid food would have achieved. This places you at risk of overeating calorically, even on days when you have been consuming a reasonable amount of food.

What About the Naturally Occurring Sugar?

It’s easy to believe that fruit juice calories are from 100 percent fruit.  In fact, it’s often on the label of the product. As a result, it seems as though the sugars contained in the beverage shouldn’t be any more problematic than eating the food whole.  If that’s exactly where they came from, then they shouldn’t be any different, right?

That’s the problem.  The sugars may indeed be naturally occurring, but the food that produced them has not remained in its whole state when you consumed it as a drink.  When you’ve squeezed out only the liquid from the fruit, then it’s only the substances dissolved in the water it contains that make it to your glass.  This leaves out everything that is in the fruit’s flesh, including all its fiber.

When eating the food whole, the fiber helps to slow down its digestion. Therefore, the sugar can enter your bloodstream more gradually.  Moreover, you’d likely eat only a reasonable portion of the whole food.

On the other hand, when drinking fruit juice, you’re consuming the sugar calories from several of the whole foods – typically far more than you would have had if you’d eaten them whole. Have you ever tried to make your own orange juice?  If so, you’ll know that one small glass needs more than one fruit. Sometimes several.  So, you’re skipping all the fiber and much of the nutrients contained in the orange but squeezing out all the sugar from far more than you’d have eaten whole.

Many companies love to try to justify their fruit juice calories by labeling their products as being healthy and full of vitamin C. Some do in fact give you 100 percent of your daily needs of that vitamin in a single 8-ounce glass.  The thing is that vitamin C isn’t all that hard for people to get with an average US diet. It’s not like back in the days when people spent months in malnutrition on sailing ships or when Europeans first came to North America and didn’t know what foods to eat during the winter to stave off scurvy (the name for vitamin C deficiency).

Many foods contain vitamin C, particularly foods that don’t require you to consume fruit juice calories. There are, after all, the fruits they came from!

Peanut Nutrition: Healthy Recipes and the Benefits You’ll Enjoy from Them

Walnut Health Benefits and Recipes That Make Them Delicious

Healthy Corn Recipes for Delicious Flavors and Weight Control
August 1, 2022
On the Forums