Is Coconut Oil Healthy, or Should You Avoid It?
FAQs - Did You Know? Nutrition
admin
0 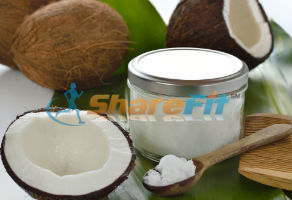 A lot of people think that coconut oil is a good addition to their diet, but it turns out that it might not be all that good for you after all.

Because there are a lot of mixed messages out there, a lot of people ask, “Is coconut oil healthy?” To get to the bottom of this topic, continue reading for some helpful information.

Is Coconut Oil Healthy? What Medical Groups Have to Say

To answer the question, is coconut oil healthy, let’s take a look at what some of the experts have to say about it, shall we?

Harvard Health, the American Dietetic Association, and other health bodies have not yet given coconut oil their total approval. In fact, in 2017, the American Heart Association issued an advisory on coconut oil. In it, they stated their concerns over the lack of research on the benefits of consuming this oil. So, whether you’re striving to shed excess pounds by using diet pills, you want to improve your daily diet, or you want to achieve a healthier lifestyle, it’s a good idea to be careful when it comes to eating coconut oil.

Is Coconut Oil Healthy? Let’s Look at Some Studies

What have studies discovered about coconut oil so far? Well, epidemiological studies using island populations and tribes who live in tropical places, where coconut oil has been a part of their diet, have discovered that those people have lower rates of cardiovascular disease.

But, is it attributable to coconut oil? You need to take the rest of their diet and lifestyle into consideration as well. Those populations tend to weigh less, as well as eat healthier, than those in westernized countries, and these are factors that can affect the risk of heart disease too. Therefore, it’s unclear whether consuming coconut oil makes all the difference.

Here’s something we know for certain: people who live in westernized countries, and who eat more saturated fat, tend to have a greater risk of developing conditions that include the following.

How does coconut oil fit into this? Well, it’s roughly 90% saturated fat! That’s why you might’ve heard warnings in the past about coconut oil, and you might’ve been encouraged to choose other oils, such as olive oil and canola oil, because of their unsaturated fats.

Will We Ever Discover That Coconut Oil Is Healthy?

There’s a chance that new research will be able to prove that coconut oil isn’t all that bad for you after all. In the meantime, however, there isn’t any authoritative, large health body that has said it’s a good idea to consume this oil. That’s because there simply isn’t enough research to support the idea that it’s healthy for you.

There Are Other Healthy Oils to Choose From

Understanding fat types is the first step, as this can shed some light on why coconut oil should be consumed in very small amounts if you’re going to use it. Generally, it’s probably best to stick with unsaturated fats and oils, as these are considered safer.

Lunchbox Nutrition: Making the Healthy Choices Your Kids Will Eat

Fruit Juice Calories and Sugar Mean it is Not a Healthy Drink
October 3, 2021

Use These Fall Dessert Hacks for Sweet Treats at Half the Calories
September 27, 2021
On the Forums