Is Tuna Healthy? Here’s What the Experts Say
Nutrition
admin
0 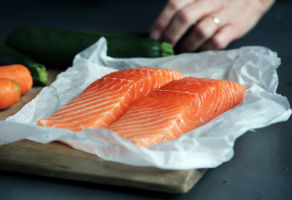 The question – is tuna healthy? – is a common one as we face a growing number of decisions to make based on mercury levels, microplastics, and even the health of the planet.  Standing at the fish counter or canned foods aisle and looking at our options has never seemed more confusing.  Yes, there are lots of types of fish from which to choose, but which ones should you be eating, particularly on a regular basis?

Is Tuna Healthy for Regular Consumption?

It’s not a bad idea to wonder if tuna is healthy for you.  These types of questions are important for essentially any ingredient we’re eating on a regular basis.  We’re past the point of simply taking things for granted.  Just because it’s common and sold at local stores, it doesn’t mean it’s good for us! Equally, it doesn’t mean it’s bad for us.

So, when it comes to whether tuna is healthy, the answer is the following: sometimes.  Not exactly what you were looking for, right?

What Should You Know?

When learning if tuna is healthy for you, it’s a good idea to start by discovering that this is a large type of fish. All large fish contain a certain amount of mercury.  That said, certain species contain more than others. This mainly has to do with where the specific type of fish spends its life.

Still, the amount of mercury in essentially every tuna species remains within safe human consumption levels according to the Food and Drug Administration (FDA) and the Environmental Defense Fund (EDF).  Both the FDA and EDF recommend it as a good option for meeting your fish consumption needs.  That said, the key to doing this in the most healthful way is to make sure you’re not eating it every single day. Once or twice per week will do just fine and will keep you safe from any mercury concerns.

Certain specific populations – such as kids and pregnant women – will want to take an added level of care and should eat less than a typical healthy adult.

How Much Tuna is Healthy to Eat?

There are many types of tuna, and some are better for you than others.  None will necessarily be harmful to you provided you don’t have them on your menu every single day.  When looking at your canned tuna options at the grocery store, there are two varieties typically available.  Skipjack and albacore.

Skipjack, if not specifically identified on the label, is often called “canned light tuna”.  Albacore is usually sold in solid and chunk white options when not specifically labeled by its name.  On the whole, albacore contains more mercury than skipjack. Therefore, if you’re eating it quite regularly, skipjack should be your top choice.

It’s important to note that even though it does contain mercury – again, well within safe levels – tuna is still healthy to eat.  In fact, it’s a great, readily available, affordable way to get your omega-3 fatty acids. To make the right choice, aim for skipjack if you’re still concerned, and always purchase your canned fish packed in water, not oil.  Oil-packed fish contains less of the omega-3 fatty acids that you likely aren’t getting enough of in the first place.